Kids will be Kids!

This is a short video of  a child playing with a stick horse in a department store in Snyder, Texas.  I guess it didn't matter that it was actually a stick COW!  Oh did I forget to say this is my 2 year old granddaughter, Mia?

Last week, Sam, Diane, and I went to visit the McNay Art Museum.  It was truly a treat.  To begin with, the museum is open until 9pm on Thursday evenings.  In addition, admission is FREE from 4-9 on Thursdays, thanks to HEB.

Now, to the good stuff--the art!

Who knew that San Antonio hosted so many works of art, especially by some of the biggest names in art history?  The McNay has several galleries including Medieval and Renaissance (my personal favorite), Southwest Art, Art after 1945, and tons of 19th and 20th century art (this is where the big names come in).

Below are just a few of the pieces that stuck out to me (mainly because I had heard of the artist, or I thought they looked neat... Can you tell my art knowledge is running on empty?) 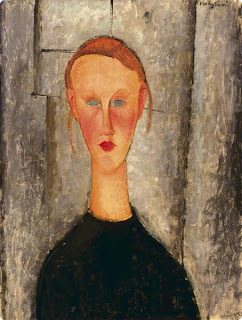 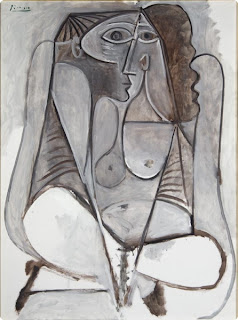 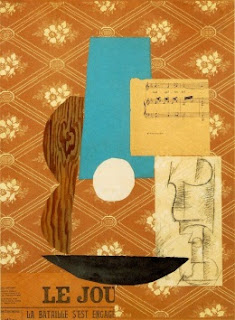 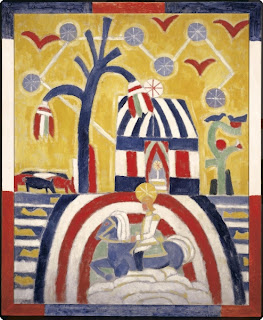 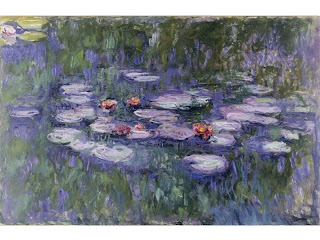 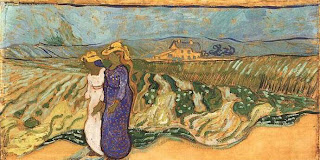 I encourage you to make it a point to visit, and soon.  If you can't make it on a Thursday night, the admission is still cheap, so just go.  We decided that we wanted to take advantage of what San Antonio has to offer us, so the McNay was one of our first stops.

In addition to the permanent exhibits, there are visit exhibits.  While there, we saw Radcliffe Bailey's exhibition, Memory as Medicine.  It was pretty cool.  It was an adventure through Bailey's life.  You can see the influences of culture and music and while empathizing with life's emotions.  One of his common mediums was used piano keys... which didn't look like piano keys at all (because we don't see they entire key when sitting at a piano).  Many of his works were humongous.  It is hard for me to imagine the time he spent just installing them in the exhibit.  This exhibit closes soon! (September 9)

I recently attended a concert at Antone's in Austin.  The band was Bubble Puppy.  The drummer joked that they were a 60's band...since they are all over 60 now!  No matter.  These guys rocked.  One of those bands that had all the talent in the world, but hit a series of unfortunate incidents and faded into rock history/oblivion.  So you might be asking yourself about now ..." What's that got to do with Dublin Dr. Pepper?"  Glad you asked.
Over in a corner of Antone's where they sell concert memorabilia, was a hippie chick(is that politically incorrect?)that had a variety of oddball soft drink bottles in front of her and was giving away free samples of
everything on display.  Didn't want to take a chance on mixing beer with mystery soda, so I moved on and bought a Bubble Puppy T-shirt( got a free guitar with that too!)  Aah, but I digress. The photo below looked a lot like what I was offered that night. 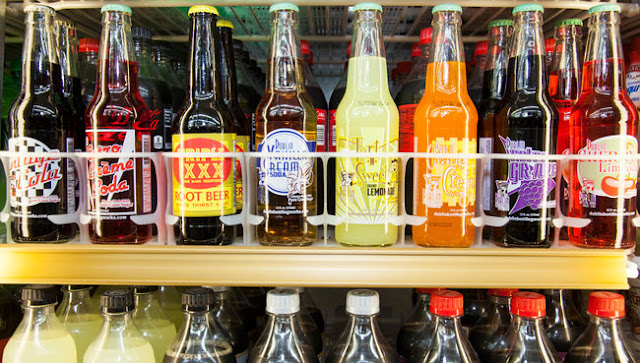 So... I didn't get why they were giving away free samples of this stuff.  It all became a little clearer when a guy in a Dublin Bottling  Company  took the stage.  He spoke of the great legacy of Dr. Pepper, Cane Sugar, Soda Politics, and the rise of Dublin Bottling from the ashes of the company that was stripped of it's Dr. Pepper franchise.  Turns out they are going to give Dr. Pepper a run for their money.  They started bottling their own unique soda concotions and are distributing them in a sort of boutique/personal fashion.
I can't tell you one place that is distributing these sodas.  Guess that's what Google is for, right?
The night we were there, you could buy a custom brew-BUBBLE PUPPY SODA in a thick old glass returnable bottle!  And only $5 a shot.  Sure to be a valuable collectable 20 years from now.  I'm still waiting for that can of Billy Beer to be be worth what I paid for it at the height of Billy Beer Fever!

Sam Roberts
Posted by Unknown at 5:34 PM No comments:

Last night, Sam took home the People's Choice Award at the San Antonio Professional Photographers Guild with his portrait entitled "The Weight".  "The Weight" features Sam's buddy, Roland Miller (another photographer in the area) and was inspired by the band called THE BAND's song "The Weight". 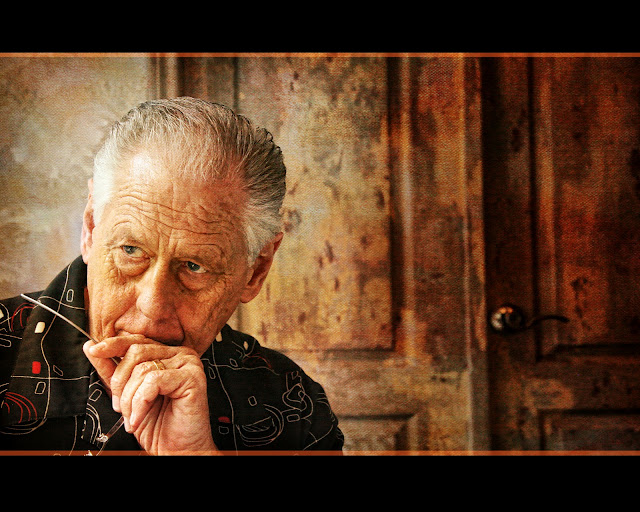 Posted by Unknown at 9:37 AM No comments: